The SIC43NT is a NFC Forum Type 2 Tag IC with an RF detection/ Tampering (RFD/TD) pin which can be configured to be the RF field detection output pin or the Tampering detection input pin.
n the first purpose, the RF detection pin can be configured to generate the wake-up output to the MCU to waking up the system from sleep state. This function can be used in many applications such as Bluetooth pairing, WIFI setting, or wireless authentication. The On-chip memory is enough to store necessary pairing information for electronic devices and embedded systems. To serve the different designs, the RF detection pin also can be set to:

(1) 1.8V output voltage mode, in which the RFD pin connected directly to the I/O; or

(2) open-drain mode, in which the logic can be translated to MCU VDD level.

Moreover, the RFD pin can be configured to operate in tamper evidence detection mode where a tear able conductor normally connects between the RF detection pin and the tag’s ground pin. This mode is designed for anti-tampering applications. A RFID/NFC device can monitor the status of the pin via special commands to check whether the conductor has been cut or still be in a safety state.

The SIC43NT NDEF response can be configured to be the tampering detection, including Dynamic NDEF data, which contains tamper status of the tag and a rolling code. These two data will be mirrored into the NDEF message at the position corresponding to the dynamic data pointer set by users.

In addition, the tag can be configured to mirror these dynamic data in NDEF message only when a certain condition is met: either mirror data only when the tag is not tampered, or mirror only after the tag has been tampered. 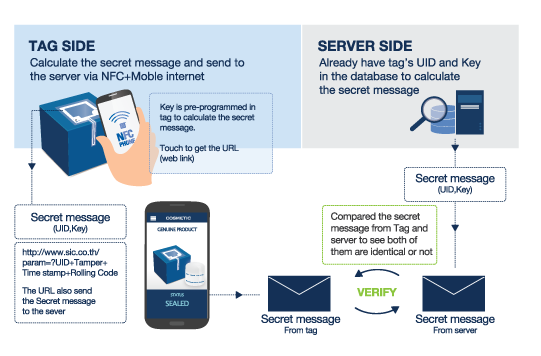 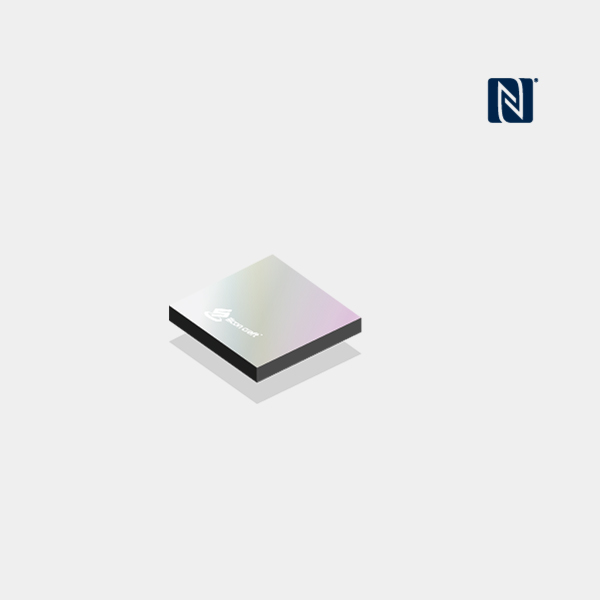 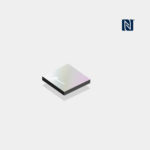